The Ohio Education Computer Network (OECN) is a collaboration between the Ohio Department of Education, the Management Council, Information Technology Centers (ITCs), OARnet, and other providers who are dedicated to making a difference for Ohio schools.
“Ohio education computer network” (OECN) means that collective group of information technology centers authorized pursuant to section 3301.075 of the Revised Code, and their participating school districts and community schools. Such centers, in conjunction with the Ohio department of education, comprise a statewide delivery system to provide comprehensive, cost-efficient information technology services for participating Ohio school districts and community schools.
– Ohio Administrative Code, Chapter 3301-3 Data Acquisition Sites.
The OECN was formed in 1979 by the Ohio state legislature to create a more uniform state financial accounting system for Ohio schools. At that time, the ITCs were called A-Sites, and many were formed around phone company boundaries. The purpose was to collect financial data in a consistent and economical manner. At the time, school treasurers were part-time in many small rural districts, and the financial accounts were simple.
The Internet started changing how schools and ITCs operated. In the 1990’s, having a high-speed connection to districts was the envy of schools. Technology began having a much greater role in the way learning took place in the classroom. The fiber network to all ITCs in 2004 was a significant enhancement to the Ohio K12 Network. Along the way, the OECN emerged as a leader in providing technology and solutions to Ohio schools.
Now, the growth in the use of technology for both the administrative and the instructional areas continues at rapid pace. Today over ninety percent of Ohio schools have between 100 megabits and 1 gigabits of Internet bandwidth.
The OECN collaborators are collectively committed to ensuring that all students in Ohio have adequate connectivity and access to resources to get the education they need to be college or career ready. 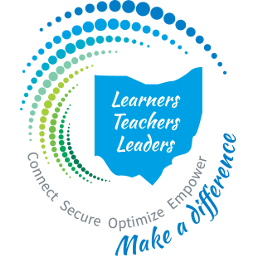